The Boys And The Monster Truck Tour

The Monster Truck Tour was Awesome! 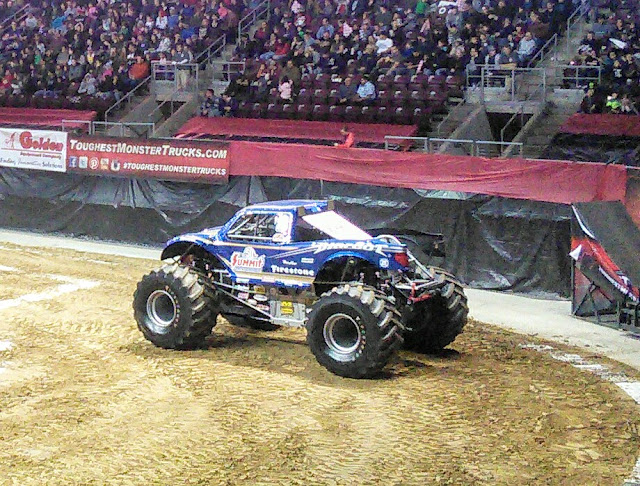 I received tickets to attend the Monster Truck Tour in exchange for this post.

The boys, all four of them, and I went to the Monster Truck Tour and it was an incredible experience. We had never been to this event before so I really had no idea what was in store for us. The boys were so excited to be able to attend this show filled with big loud trucks! I, on the other hand, was not too excited but this mom loves her boys and said yes to a free night at the Monster Truck Tour. I mean, how could this mom say no to a work assignment like this. Let's just say I was the best mom in the world for saying yes to this job! 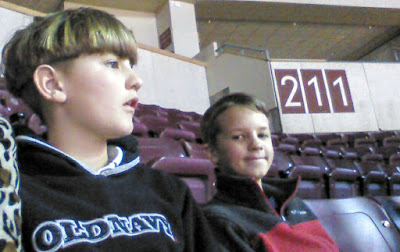 The boys couldn't wait for the show to start. I made sure to bring earplugs. I was also glad that I wore my winter coat as it was cold inside the arena. My oldest two boys thought the cold place had something to do with the car exhaust fumes. The show started out dark and loud. The boys loved the loud noises coming from the cars. It was cool to see the cars driving around in the dark. Watch a video that I made HERE 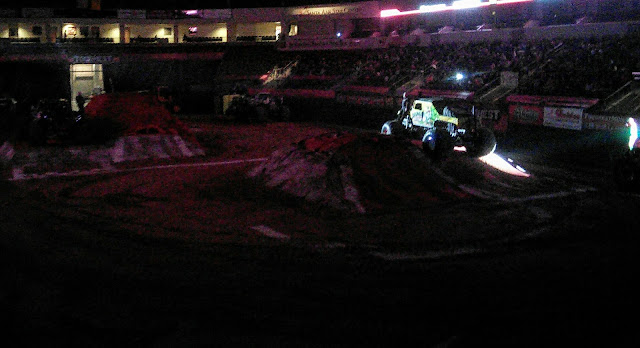 Even though I had earplugs, the show was very loud. I should have bought a pair of the fancy ear protection devices that they were selling in the lobby! This was me most of the night. There were parts of the show that were not that loud, like the motor cross bikes. The things moms do for love! 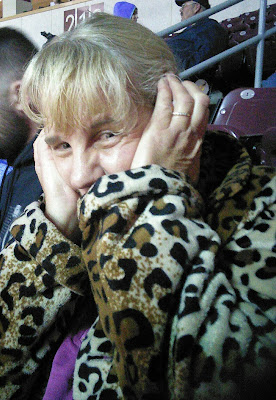 My younger son had a great big smile on his face after the opening of the show and exclaimed: " that was awesome!" 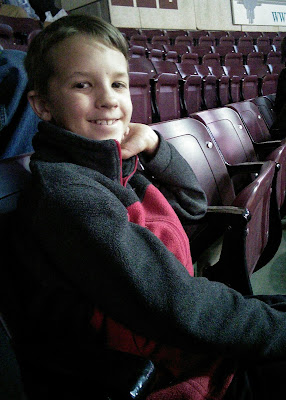 After the loud stomach rumbling opening of the show, it was exciting to see the huge trucks drive over these mounds of dirt. It was even more amazing to see the truck in mid-air. I asked my boys if they would like to drive/ride in the monster trucks during the show and all four of them said "yes!" Of course, my oldest informed me that there was only one seat in the monster trucks. 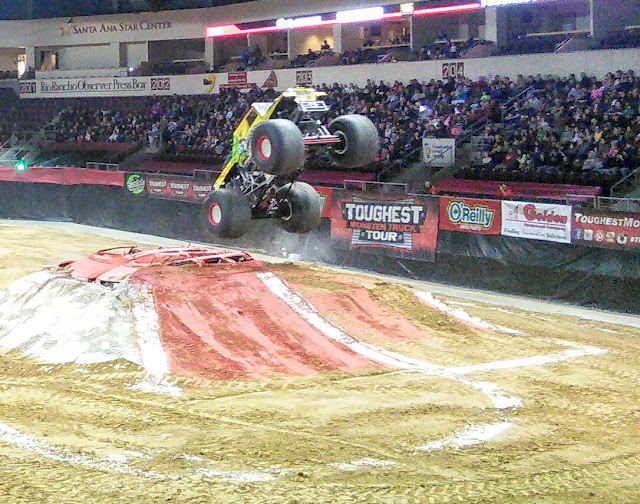 The best part of the show was when this truck tipped over! The crowd all cheered when this happened. My boys thought it was so cool to see the truck on its side. It was even exciting to watch the other truck pull the car back over. My boys all enjoyed the Monster truck show and asked if we could go to another monster truck show next month. Even the 23-year-old son said "thanks mom for inviting me." My husband was out of town so he was disappointed that he was not able to see the huge loud monster trucks. 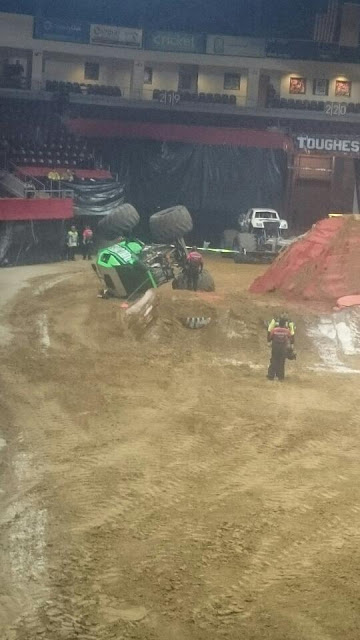 The Toughest Monster Truck Tour brings only the best and baddest monster trucks in the nation to compete in 3 competitions each night. Only one can be the Toughest!

Will you be bringing your family to see these awesome monster trucks?