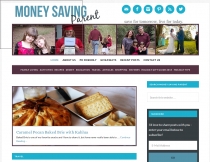 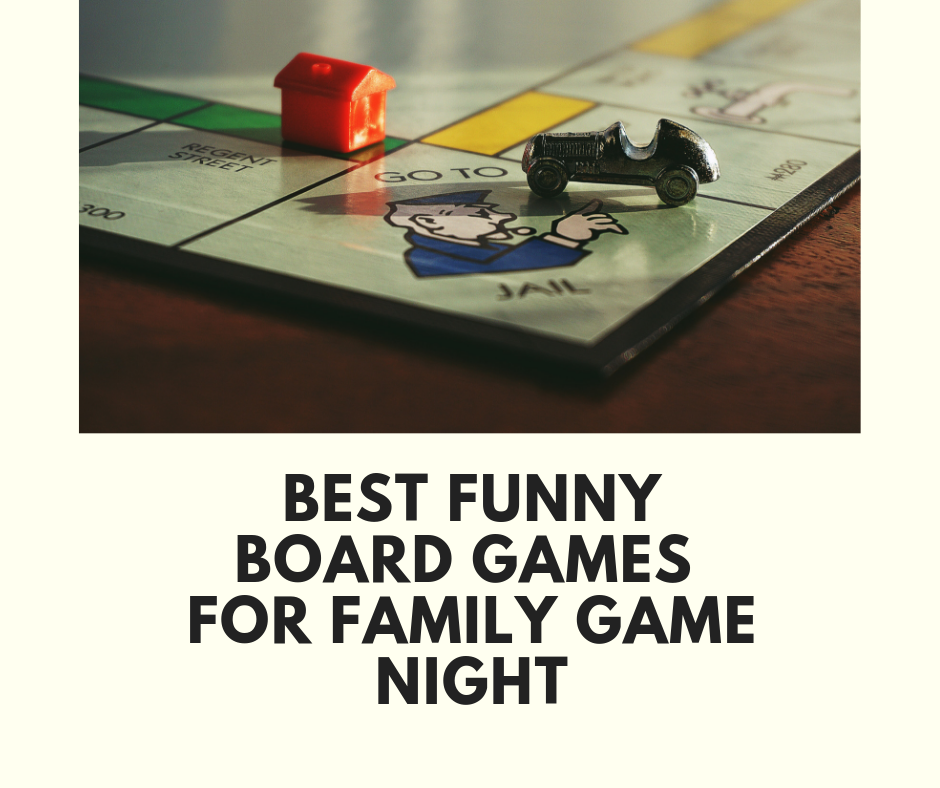 There are all sorts of ways to spend quality time together as a family. Family movie night, family dinners, unplug times (no screens allowed so they have no choice but to talk to you), scheduled family meetings and one of our favorites is family game night.  But how do you get everyone to the table to play family game night? One way is to find the best funny board games for the whole family to enjoy!

is one of his mom's favorite games and he tests his game skills on The Ellen Show. He's obviously played this game a great deal because he's pretty good at it! In Speak Out players try to decipher what in the world their teammate is trying to say, and must correctly guess the phrase in order to earn the card. The team with the most cards at the end of the game wins. The box includes 10 mouthpieces, 200 double-sided cards, timer, and instructions https://youtu.be/Kt6UkFtWYl8

Our family loves Apples to Apples

! We usually play the original "party in a box" but there are a couple of different versions to try including Apples to Apples Freestyle Game

(I want to try this one next),  Apples to Apples Family,

. In our family edition, there are just two types of cards: Things (red cards) and Descriptions (green cards have two descriptions on each card). Each player takes turns being the judge and pulling the next Description card. The other players try to pick, from the cards in their hands, the Things they feel the best match that Description—in the eyes of the judge (so it helps to know your judges a little better, too). It's surprising how weirdly the family may match up! The first player to collect 4 Description cards wins the game. And with so many cards and possibilities, it’s never, EVER the same game twice. The Apples to Apples Party Box comes with 441 Red Apple Cards, 63 Green Apple Cards, card tray, and game rules.

.  Cards Against Humanity is described as a ‘party game for horrible people’ and pushes the limits of fun, ethics and moral all at once. All you need to do is to combine 2 or 3 cards with words to form a sentence. The game is simple. Each round, one player asks a question from a Black Card, and everyone else answers with their funniest White Card. The newest now has over 150 new cards since the last version. The box contains 500 white cards and 100 black cards for maximum replayability so it's not the same game over and over again. It also includes a booklet of sensible game rules and preposterous alternate rules.

has a variety of different games. We played the Watch Your Mouth the 90's edition

and our millennials in the house loved it! They couldn't stop laughing! Choose from Watch Yo Mouth - The Original Game

, and you can even add a Watch Ya Mouth Family Expansion Card Game Pack

.  In the 90s version relive bangin’ phrases such as “Billy Ray’s Mullet” and “Gameboy”! You can have up to 10 players who wear cheek retractors and speak out 90’s phrases while teammates guess what they are saying. The 90's edition includes 200+ family-friendly phrases and is great for all ages over 8.

With What Do You Meme

every player gets 7 caption cards, and they take turns matching those cards to a specific picture. There are multiple new expansion packs

available for the game, so you can transform the game however you like.  I don't recommend it for the younger crowd but we have older "kids" in the house, you can play with teenagers and young adults pretty easily.  The answers can get a little "salty" and if that is okay with you then What Do You Meme

will have them shrieking with laughter in no time. What Do You Meme comes with 435 cards, including 360 caption cards, and 75 photo cards. The funniest or best meme wins the round.

players load the arm with whipped cream (not included) or the included sponge, then take turns sliding their heads through the mask and spinning the spinner. But, watch out! The game unit could go off at any time giving someone a face full of whipped cream! It's so hard to stay in one spot for your allotted time know that you could be pie-faced any minute. The game can get messy and the box does not include whipped cream but does include 1 pie thrower, 1 throwing arm, 2 handles, chin rest, splash guard mask, spinner, and sponge.

I had to explore the game of Exploding Kittens

because my soon to be son in law loves cats and blowing up things. (Well not really but he IS in the police academy).  Exploding Kittens is a highly-strategic, kitty-powered version of Russian roulette. This family-friendly party game is for 2-5 players and the box Includes 56 cards (2.5 x 3.5 inches) and instructions. Don't be fooled by fakes, make sure to look for the holographic image.  To play you put cards on the table and take turns drawing from them. If you draw an Exploding Kitten, you explode and are out of the game. You can avoid exploding if you play a Defuse Card. Defuse Cards distract the Exploding Kittens with things like laser pointers, kitten yoga, and catnip sandwiches. You can also play various cards to skip your turn, attack other players, peek at the deck, or secretly relocate an Exploding Kitten Card.

Every household probably has heard of the Five Second Rule

but maybe not the game! To play pick a card, read the seemingly easy topic, then start the timer! now with only 5 seconds to name 3 things that fit the topic, it doesn't seem so easy! You've got five seconds to name three things in a category and the twisted timer makes a fun zoooop sound when flipped over, and balls slide down to mark the 5 seconds. Don't let it distract you! And now the game comes with more than 150 fresh, new, fun cards!

The two rival spymasters know the secret identities of 25 agents. Their teammates know the agents only by their Codenames. The teams compete to see who can make contact with all of their agents first. Spymasters give one-word clues that can point to multiple words on the board. Their teammates try to guess words of the right color while avoiding those that belong to the opposing team. And everyone wants to avoid the assassin. According to BGG, Codenames is the best-rated party board game ever made.

And while I don't get it Secret Hitler

always brings the family to the table. My daughter and her fiance played it the whole time they were visiting her dad for the holidays and we HAD to buy it for our family too.  It is a fast-paced game so it's a good warmer to get everyone to the table. Everyone has hidden roles and secret envelopes, which you draw from and is made for five to ten players. Think deception and betrayal as you try to figure out who the "secret Hitler

" is by clues. The box set comes with wooden components and solid game boards with foil inlay. If that doesn't give you enough ideas for a family game night here is my wish list! 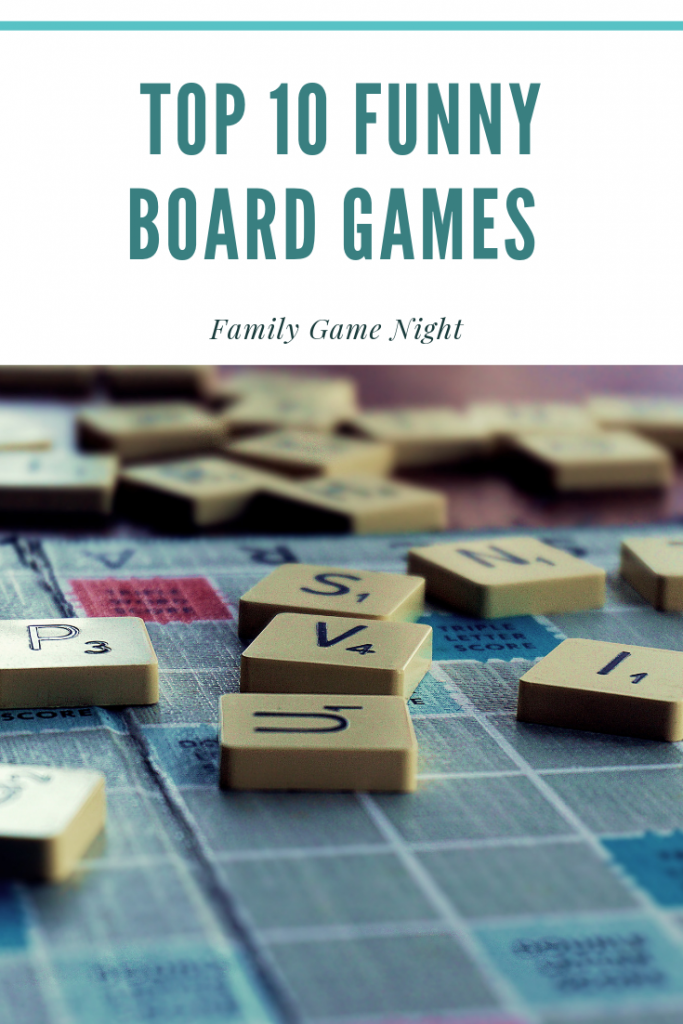